Genetics and Screening for Brain Aneurysms

It is increasingly recognised that the individual's own "software"- the genetic information carried by a persons cells- play an important role in the susceptibility to brain aneurysm. This is partly by rendering some people more likely to develop aneurysms in the first place and partly by increasing the likelihood they would rupture. This may in part be an increased vulnerability to the effects of known environmental aneurysm "promoters" such as cigarette smoke or hypertension. Other genetic changes have been linked to alteration in the tissues that make up the blood vessel itself.
‍

TIt is estimated that between 7% and 20% of aneurysms occur in individuals with a family history of same.

A multi centre study screened first degree relatives of those affected by brain aneurysms and who were over the age of 30 years, smoked or had a history of hypertension. 19% were found to harbour an asymptomatic cerebral aneurysm. It is not known whether that prevalence would have been less if those screened had not smoked or had their hypertension treated. 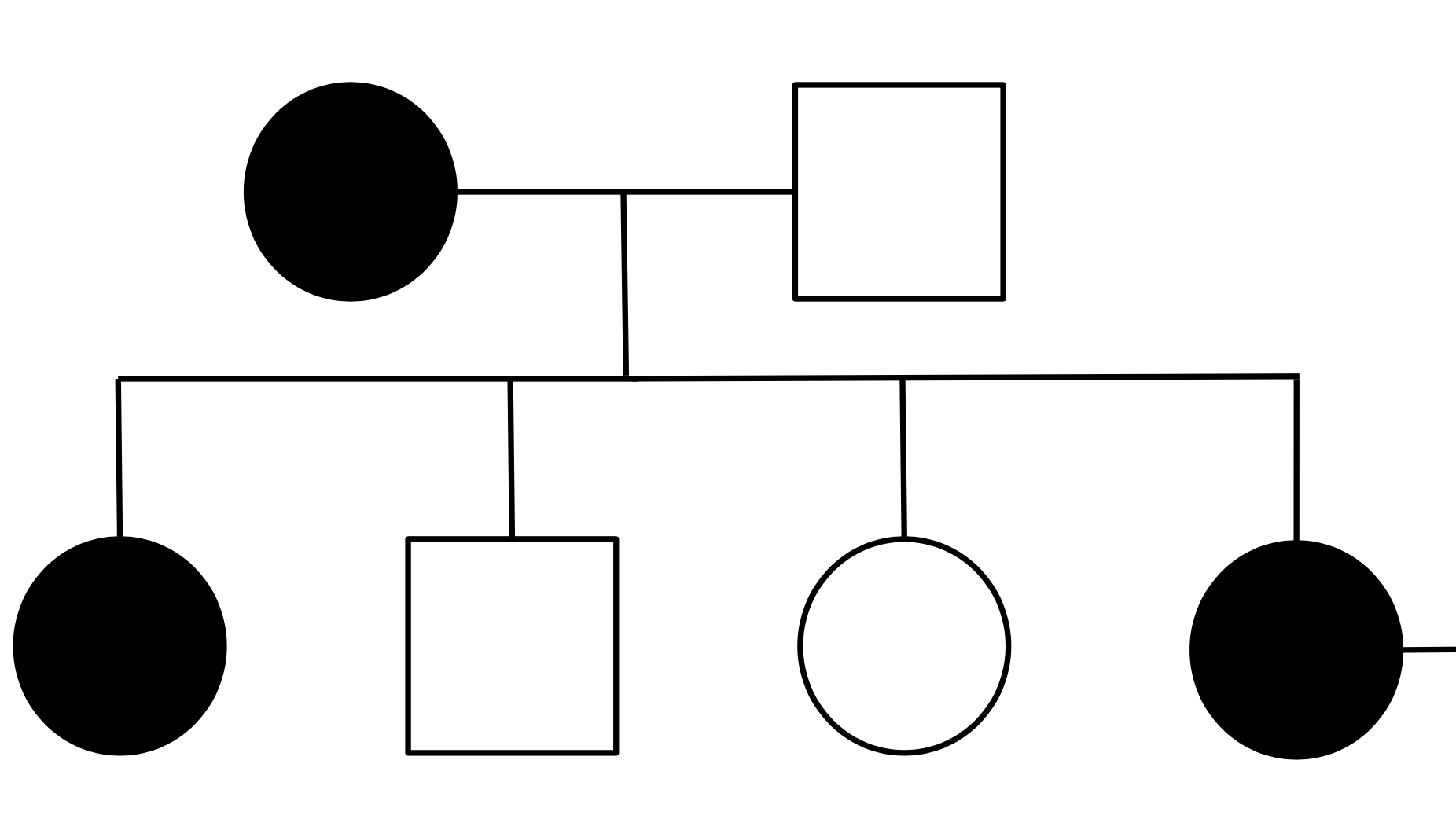 A recent meta-analysis of published studies on aneurysms suggests that the lifetime risk of dying as a result of harbouring such an aneurysm is similar to those without a family history. A meta-analysis is a study that amalgamates data from other studies that meet certain quality criteria and applies rigorous statistical analysis to draw conclusions form the pooled results.The environmental influences of smoking and hypertension affect the risk of future bleeding similarly to those without a family history. So quitting cigarettes or sustained normalisation of blood pressure is likely to bring benefits in terms of reduced risk of bleeding.

A study of a UK population found that those with two or more first degree relatives affected by brain aneurysms were at a higher risk of harbouring a brain aneurysm- about 8%.
‍

There are multi-system diseases which are caused by gene lesions (mutations) and in which an increased susceptibility to brain aneurysm is seen.
‍

Amongst the best studied is Adult Polycystic Kidney Disease (APCKD). Cysts develop in the kidneys which ultimately may cause them to fail. Blood may issue in the urin, high blood pressure develops and the large cysts may produce abdominal pain.

The child of an affected parent has a 50% chance of developingthe condition although 1 in 4 cases develop without any known family history. The responsible gene are known and named PKD1 (85% of cases) and PKD2 (15%).

The chance of developing brain aneurysm in APCKD is increased approximately seven-fold. 5-40% of those with APCKD have been observed to harbour aneurysms in various studies and 10-30% develop multiple aneurysms. However It is not demonstrated that the risk of bleeding from aneurysms is higher than in those without APCKD.
‍

This is a broad collection of disorder that share the finding of developmental vascular anomalies in the skin, peripheral and central nervous systems. The increased prevalence of aneurysm encountered in these conditions may be explained by the frequency of developmental arteriovenous shunts that are seen in these conditions. Blood is diverted from the high-pressure arterial circulation to the lower pressure venous circulation causing excessive wear-and-tear on these blood vessels. The aneurysms are mostly a secondary manifestation of the increased stresses on these blood vessels.

Neurofibromatosis type 1 is a relatively common condition affecting 1 in 4000 people approximately. A faulty gene results in cell producing an abnormal version of a protein called neurofibromanin which is normally necessary for the normal formation of many different types of tissues. The condition can be characterised by skin lesions, disordered bone growth and tumours of the peripheral and central nervous system, Less commonly it is associated with mis-shape and narrowed blood vessels resulting in aneurysms or MoyaMoya Syndrome.

Other conditions in this group include Hereditary Haemorrhage Telangectasia (HHT), PHACE Syndrome, CM-AVM, Craniofacial Arteriovenous Metameric Syndromes (CAMS 1-3), HANAC, Loeys-Dietz Syndrome and Klippel-Trenaunay Syndrome. Most of these are very rare and many have been only recently recognised.
‍

Is it Beneficial To Screen Healthy People for Brain Aneurysms?

This is a contentious question. It is superficially attractive to have an opportunity to treat an unruptured brain aneurysm before something as serious as subarachnoid haemorrhage occurs.

However unruptured aneurysms may be present in about 1 in 50 of us and it is understood that only a tiny proportion of these will ever rupture or do the person any harm. Treatment carries risks, however small they may be. Is it worth accepting such risks to treat an aneurysm?

Screening is typically carried out using CT or MR scans. One of the unanticipated results may be the discovery of a potential health condition that might never translate into actual harm. This is not limited to just brain aneurysms. One has to carry out only 37 MRI scans of the brain to discover 1 unanticipated finding. These include brain aneurysms, vascular malformations of the brain, cavernous malformations or brain tumours. The risk of treatment may not be advisable for some of these but once discovered their presence must inevitably present something of a psychological burden.

For this reason we recommend that if considering undergoing a scan for a brain aneurysm, speak to a specialist who actually treats them before undergoing any imaging and talk through the reasons for doing so as well as what steps to take if something is discovered. At present in the UK it is recommended screening is only offered to those with two or more first-degree relatives affected by aneurysm.

Cerebal aneurysms do occur before the age of 18 years but account for only 5% of all cerebral aneurysm coming to medical attention. Cases occurring in children are ore frequently assosciated with an inherent genetic risk to develop aneurysms. Rather than screening siblings therefore in a case of a paediatric aneurysm it may first be preferable to first attempt to establish a clinical diagnosis for the index patient by referral to a clinical geneticist. It is not recommended to screen the asymptomatic children of adult patients with cerebral aneurysms who do not have two or more affected first-degree relatives.

A negative CT or MR is not a guarantee against the development of aneurysms in the future particulalry in smokers or those with uncontrolled hypertension. There is presently no strong scientific basis for recommending any particular schedule of re-imaging to those at high-risk. Our current practice is to recommend re-evaluation at an interval of 2-5 years in such cases.

Sometimes aneurysms may develop over a short period of time before rupturing and no matter how intense a program of screening they may not be detected before rupture.