When you receive correspondence relating to your AVM or read imaging reports there are often references to "grades" that may appear confusing. Such grades assist clinicians in predicting the success and potential risks of treatment. It must be remembered though that they are all imperfect and do not substitute for the clinical judgement of a highly experienced specialist. A great many such grading systems have been proposed and the best validated are described below.
‍ 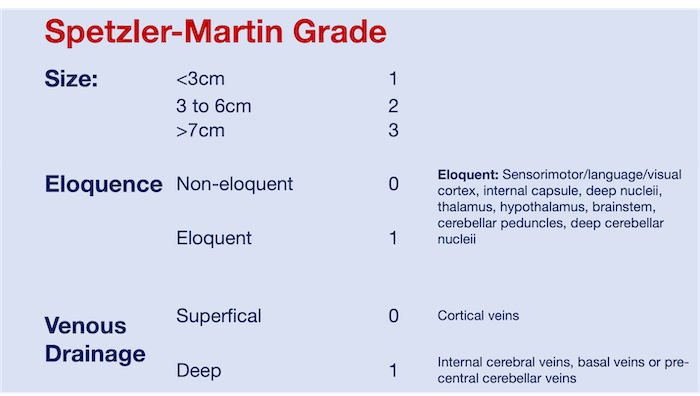 The Spetzler-Martin system was proposed in 1986 based on the experience of the senior author R F Spetzler at the Barrow Neurological Institute. It was practical to use in the clinical setting and has stood the test of time as a means for surgeons to estimate the morbidity and mortality associated with surgical treatment of AVMs of the brain. Published surgical series find that SM grade 1 and 2 AVMs are usually cured with a good safety profile in experienced hands.

The Spetzler-Martin system was widely adapted as a too to categorise AVMs and is used to describe the population of brain AVMs used in most research studies. Strictly it should not be used to estimate the likelihood of success or complication for radiosurgical treatment (see below).
‍ 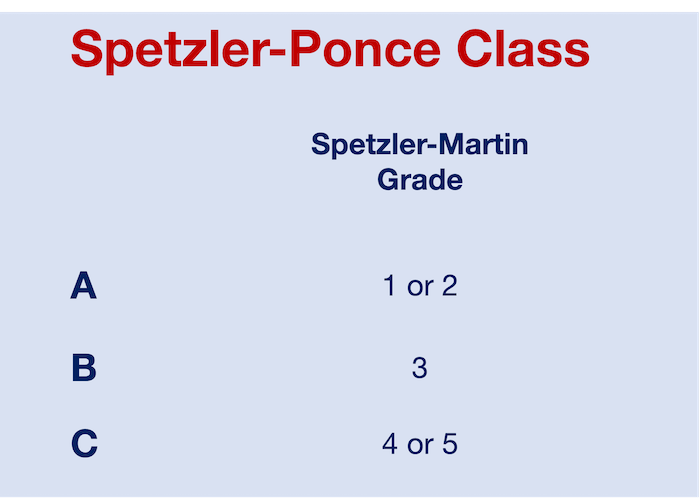 By 2011 the authors of the Spetzler-Martin system proposed a simplification in recognition that as data had accrued over the years it was apparent that there was little difference between surgical outcomes for grade 1 and grade 2 AVMs. These were therefore grouped into a single class- "A". It was also apparent that grade 4 and 5 lesions were associated with significantly higher risks and in most cases were likely better not treated, particularly if unruptured. These were assigned class "C". This adaption also potentially increased the statistical power of studies comparing three as opposed to five categories.

A significant problem remained however. The class "B" or SM grade 3 AVMs remained a very mixed group. Some were amenable to treatment. Others were closer in risk to SP class C lesions. Various factors in the architecture of these AVMs have been cited as contributing to risk and a variety of grading systems proposed to provide more granularity to estimates of risk for them. One such system currently in use at our practice given it has been validate in relatively large numbers of patients in the Supplemented Spetzler-Martin Grading.
‍

This system began by analysing ten architectural characteristics that had been implicated in surgically-related morbidity. Three were identified as exerting a particularly strong influence and a system proposed that would weight their influence while sufficiently user-friendly to be of practical use. The Lawton-Young Supplemented Grading has been externally validated in relatively large numbers of surgically treated AVMs. Again it is not clear that it should be used to estimate risk related to radiosurgery or endovascular treatment.
‍

There are a number of well validated decision-support tools available for radiosurgical treatment. The best known draws on data collected over the years in Pittsburgh. It is called the Pollock-Flickinger or Radiosurgery Based Arteriovenous Score (RBAS). As with the surgical tools described above there have been tweaks to the model over the years aiming to improve its sensitivity and specificity. 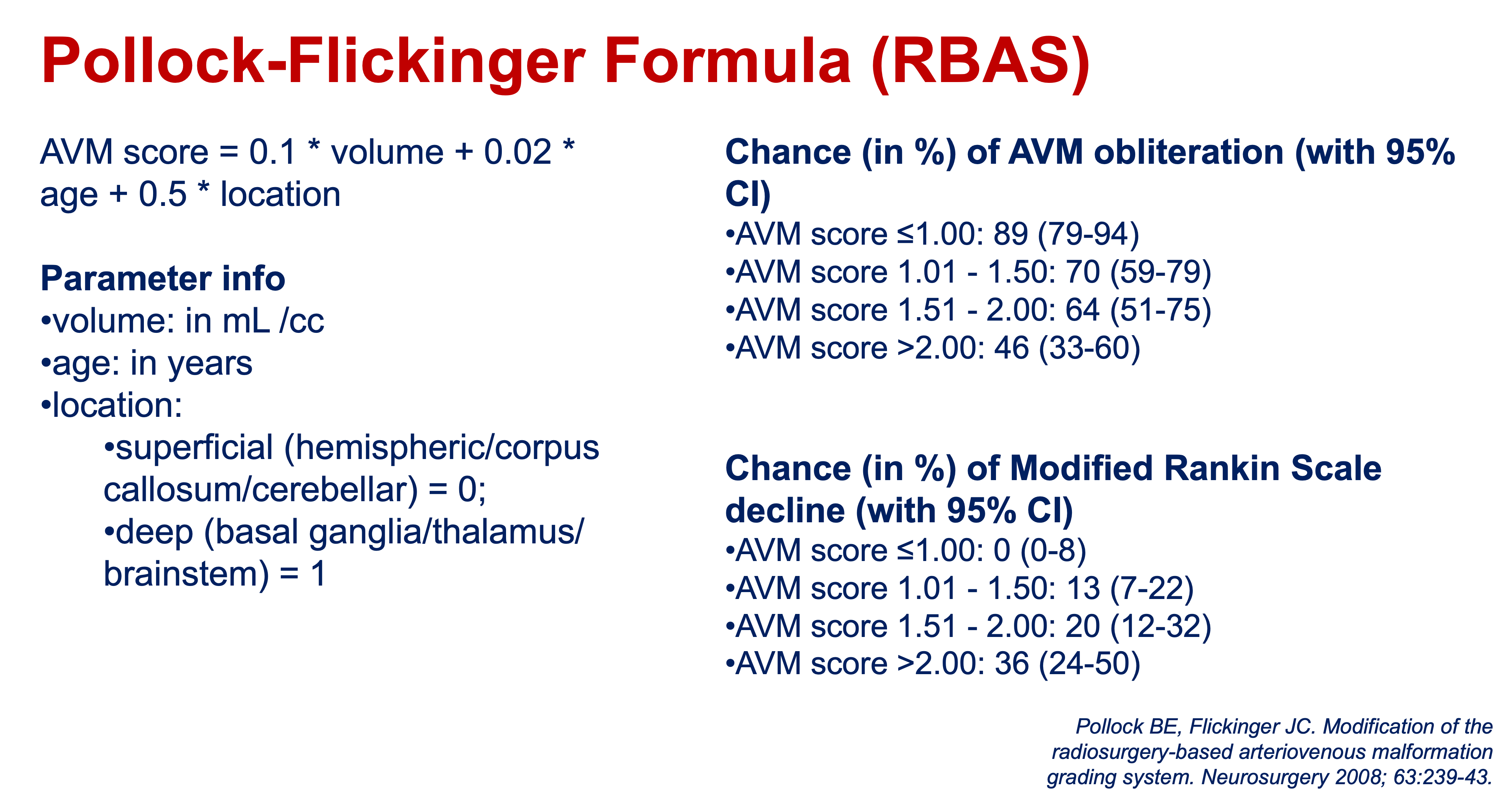 Probably the best know alternative is the Virginia Radiosurgery Scale. Both were designed from data gleaned from patients treated with the Gamma Knife platform although subsequent work has suggested they are also predictive of outcomes with other LINAC based platforms such as CyberKnife.

Although frequently used it is not necessarily appropriate to apply the Spetzler-Martin grade to predict the efficacy or risks of radiosurgery for AVMs.
‍