The criteria for the diagnosis of Ehlers-Danlos syndrome were reviewed in 2017 to take account of the latest research on molecular markers of the disease. Of the thirteen types currently recognised four have been implicated in vascular fragility that may result in arterial dissection (tears to the inner lining of an artery) and possibly aneurysm formation on arteries throughout the body.
‍

The clinical diagnosis of Vascular type Ehler-Danlos syndrome (Type IV EDS or vEDS) is suggested by a combination of thin skin, prominent veins, a susceptibility to bruising, a characteristic facial appearence and a history of organ rupture e.g. uterine or gastrointestinal rupture. 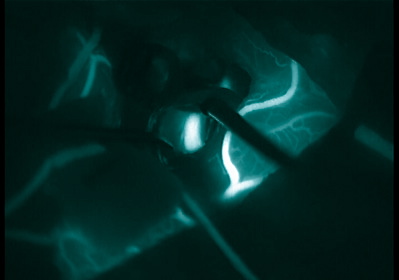 Hypermobility (an excessive range of joint movement) and skin elasticity are less prominent in vEDS than in other, more common varieties of EDS. The true prevalence of vEDS is not known but is estimated at around 1:100000.

There are two sub-types of collagen imperfectly manufactured in vEDS both of which normally feature prominently in vascular tissue. Type III collagen is the more commonly affected and is coded for by the COL3A1 gene. Type 1 collagen disorders coded for by COL1A1 may also rarely produce this clinical syndrome. The abnormal copy of the gene producing the disease is inherited from one parent only (Autosomal dominant inheritence).

In published studies approximately 10% of deaths that result from complication of vEDS are due to bleeding in the brain. The commonest non-lethal cerebrovascular complications include carotid-cavernous fistulae , intracranial dissections and cerebral aneurysms which either did not rupture or at least their rupture did not result in death. In fact vascular complications occuring in the chest or abdomen are far more common than those ocurring in the head.

It is not known with certainty whether cerebral aneurysms in definite need of treatment are more frequently seen in patients with vEDS. Most studies contain relatively small numbers of people being screened so it is difficult to be highly confident of the conclusions. Furthermore aneurysms seems more likely to develop in the extracranial circulation or within the cavernous sinus where they are at relatively low risk of triggering a brain haemorrhage.

The discovery of any asymptomatic aneurysm within the brain poses difficult questions for both doctors and patients. Frequently we are uncertain wheter the definite risks of treating an aneurysms are warranted in the face of the short term risks of bleeding from a hitherto silent aneurysm. It may be that cerbral aneurysms in the context of vEDS are at greater risk of bleeding but we do not presently know how increased that risk might be. Furthermore the procedural risks of attempting repair may be greater with these more fragile vessels.

There are presently no specific preventative therapies for the vascular complications of vEDS although treatment with certain types of beta-blockers has been suggested although the scientific evidence for this is still lacking. It is sensible to avoid cigarette smoking and control hypertension nd elevated cholesterol if present. It is not clear that vEDS patients benefit by screening for intracranial aneurysms.
‍

The diagnosis of classical EDS (cEDS or type 1) is suggested by excessively strechable and very fragile skin, a propensity to scarring, joint hypermobility and brusing. Laxity in abdominal wall and visceral tissues makes hernias of various types more common.

Cerebral aneurysms and arterial dissection (tears in the walls of arteries) have been reported in classical EDS but less frequently than in vEDS. Like vEDS blood vessel problems outside the brain appear to be far more common than those inside the head. Unlike vEDS a molecular diagnosis is not always possible in classical EDS but two collagen genes may be demonstrably abnormal, the COL5A1 and COL5A2 genes.

Intracranial bleeding has been reported in patients with a number of non-vascular EDS subtypes. Intracerebral, subarachnoid and epidural bleeding have all been reported but the rareity of these reports prevent any objective assessment of an individuals risk from the condition very difficult. Apart from in classical EDS intracranial haemorhage has been most frequently reported with musculocontractural (mcEDS), kyphoscoliotic (kEDS), spondylodysplastic (sdEDS) and peridontal(pEDS) sub-types of the disease.

The commonest variant of EDS is hypermobile EDS (hEDS) and probably accounts for 80% of presentations. The criteria for diagnosing hEDS are actually rather complex and there is no molecular genetic marker so the diagnosis remains entirely clinical and best made by rheumatologists with a specialist interest in this area. There does not however appear to be a very strong assosciation with the development of intracranial aneurysm in hEDS.
‍

It is possible to develop symptoms related to excessively mobile joints but not meet the diagnostic criteria for Ehler-Danlos syndrome. Such symptoms are presently viewed as on a spectrum the extremes of which would be hypermobile EDS at one end and at the other people who are hypermobbile but suffer no ill-effects fom it.

The autonomic nervous system operates in the background unconciously regulating vital functions such as the rhythm of the heart, breathing and blood pressure. Malfunction of the autonomic nervous system (dysautonomia) may produce a wide variety of symptoms difficult to distinguish from simple fainting, migraine and sometimes epilepsy. In our practice we most commonly see these symptoms where there is concern an incidentally dIscovered vascular lesion in the brain may be responsible for the symptom. That is usually not the case.

Autonomic dysfunction affecting the heart is responsible for Postural Tachycardia Syndrome (PoTS) and is seen assosciated with EDS and Hypermobility Spectrum Disorders. A wide variety of symptoms may result including palaptations, breathlessness, dizzyness, inability to concentrate, gastrointestinal disturbance and headache.

Mast cells are white blood cells that form part of the normal immunce system. They are found within the central nervous system especially in areas assosciated with the blood-brain bbarrier. Mast Cell Activation Syndrome occurs when the inappropriate relaease of chemical mediators from within the cell and these can produce a spectrum of symptoms not unlike those described above.